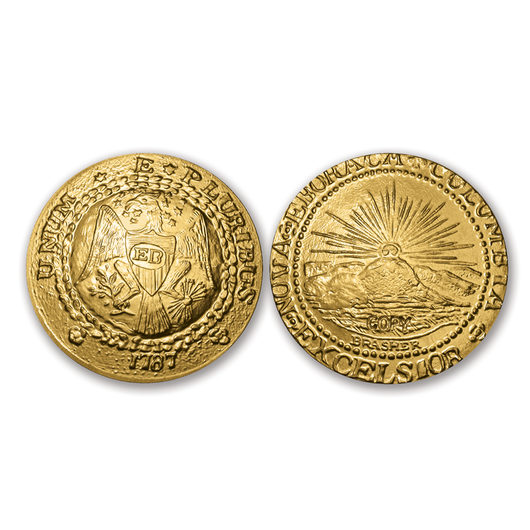 It’s been called the “single most important coin in American numismatics” and the “holy grail of all collectible gold coins.” In fact it's so desirable, an example recently sold for over $7.3 million dollars! Called the Brasher Doubloon, it was created in 1787 by well-known New York goldsmith and jeweler Ephraim Brasher who was a neighbor and friend of George Washington. He began producing his own gold coins for use in commerce after New York denied a petition to produce copper coins for the state. With a value then of about $15, they are considered the first legal tender gold coins to be made in America. Only seven of these coins survive today. NCM has recreated this treasure as a stunning  privately minted, non-monetary tribute proof complete with the EB punch on the eagle on the obverse – just like the original. Richly clad in 14 mg. of 24 kt gold. A must for serious collectors!