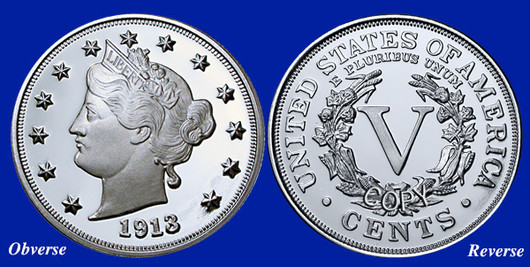 The year was 1913, and it was the very first year of the Buffalo Nickel. The Liberty Head Nickel, the previously issued five-cent piece, was not even supposed to be produced that year. However, five genuine examples of a 1913 Liberty Head Nickel have surfaced over the years, making it an incredibly rare find. The coin is so desirable that a recent example of the coin fetched $5 million in a private sale in 2007. Now you can own your own copy of the 1913 Liberty Nickel as a privately minted, non-monetary Proof, struck and clad in 34 mg of .999 Pure Silver.