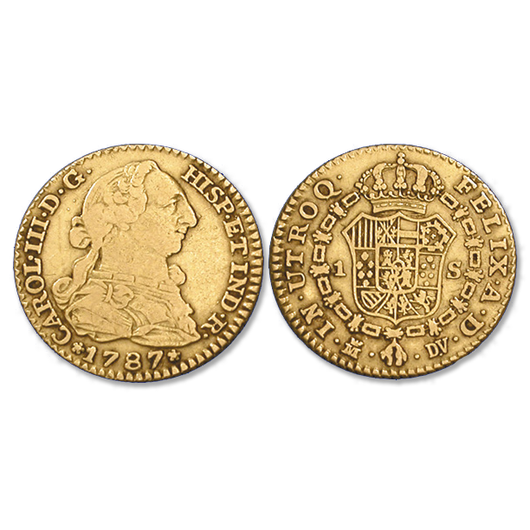 Long before the United States Government began striking coins for its 13 states, there was gold coinage that circulated from the time of the Spanish Empire in the Americas. One of the more popular coins was the “Escudo.” In fact, experts speculate that it was the Escudo that was the primary financial instrument of the early US Government. In fact, it may have been Escudos that paid for Jefferson’s Louisiana Purchase! Each coin contains 3.38 gm of .875 pure gold, and is guaranteed to be more than 175 years old, in Very Fine condition, with a Certificate of Authenticity. Own a real piece of early history of the Americas.