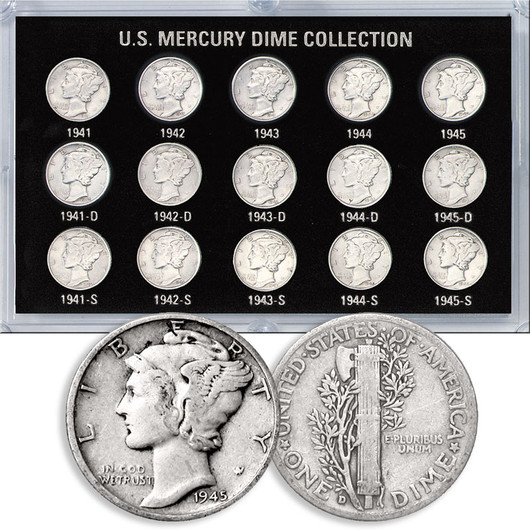 Conceived by the genius of A.A. Weinman, on the verge of one war (World War I), the exquisitely beautiful Mercury Dime became an inspiration for us in an even greater one (World War II). Liberty’s winged ‘Mercury’ cap represented ‘Freedom of Thought,’ the essence of the freedom we fought for against the Axis powers. This complete 15-coin set, struck in .900 Fine Silver and most in Fine or better condition, includes a Mercury Dime for every year of World War II from the Philadelphia, San Francisco and Denver Mints.