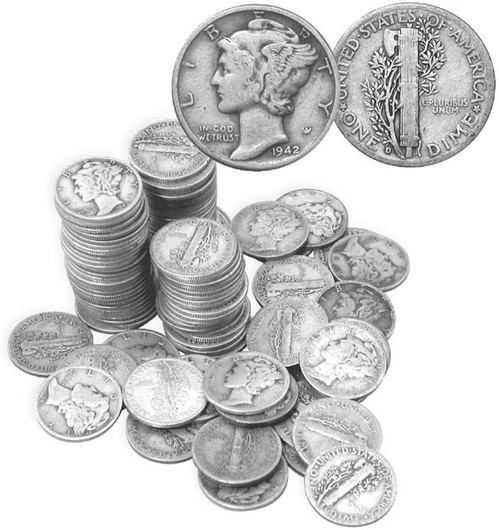 National Collector’s Mint announces a special release of vanishing U.S. Silver dimes. First issued in 1916 these increasingly rare coins are commonly known as Mercury Dimes, seemingly named for the Roman messenger of the gods. But the image is actually of Lady Liberty wearing a cap with the wings of Mercury. Weinman gave Liberty the winged cap to symbolize “freedom or liberty of thought”. The design on the reverse comes with less fanfare and confusion than that of the obverse. It displays a vertical bundle of sticks flanked by a battle ax and entwined with an olive branch. The battle-ax symbolized “preparedness,” while the olive branch symbolizing “peace”. The bundle all together represents unity. It is a coin that is small in size, but large in symbolism and history.

The Mercury Dime marked the first time that a U.S. Dime bore a design that was different from the Quarter and Half Dollar of the same year. The coins, minted from 1916 until 1945 were struck at the Philadelphia, Denver, and San Francisco Mints. They are composed of 90% silver and 10% copper. Very good or better condition, dates our choice.