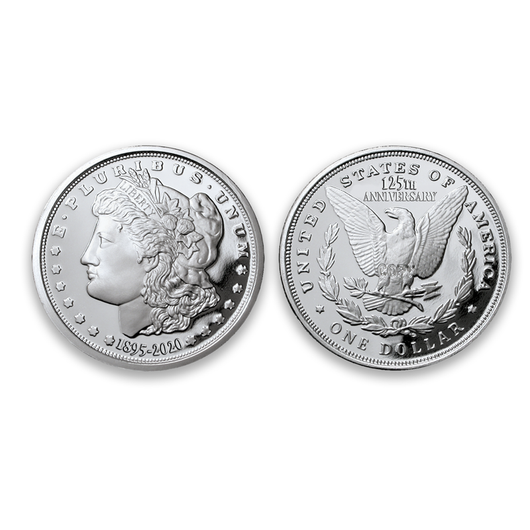 Celebrate the 125th Anniversary of the

It’s the perfect marriage. The 125th anniversary of the rarest date and mintmark of America’s favorite coin – in a stunning Proof, with its brilliantly gleaming background and the meticulously frosted images so desired by both collectors and investors. Only 12,000 of the original business strikes issue from the Philadelphia mint were ever produced in 1895.  But they were never released. The mint decided to melt every single one of them. Fortunately, 880 proof struck 1895 P Morgan dollars survived.  Today, those are so rare that they have sold for as much as $125,000. You now can enhance your own collection with your own privately minted, non-monetary 1895-P Morgan Tribute Proof clad in 71 mg of .999 Pure Silver – a tribute so perfect even George T. Morgan himself would be proud.