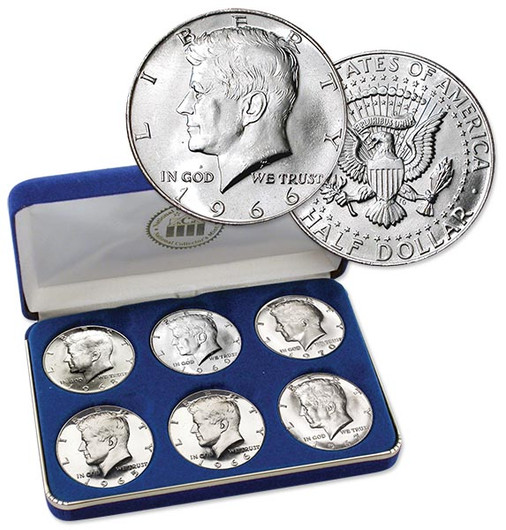 In 1965, after just one year of minting, the silver content of the Kennedy Half Dollar was reduced to 40% where it remained through 1970. After that, a clad alloy was introduced with a copper core sandwiched between outer layers of copper-nickel. The modern coins contain no silver at all.

That makes this special 50th Anniversary Commemorative Set very special. National Collector’s Mint has scoured the market and put together this deluxe set of six JFK Half Dollars, 1965 – 1970. Because of their historic significance and silver content, these coins have become harder to acquire in recent years. Set includes the 40% silver 1965 – 1970 — all in uncirculated condition. Comes complete in a deluxe presentation case for protection and display.