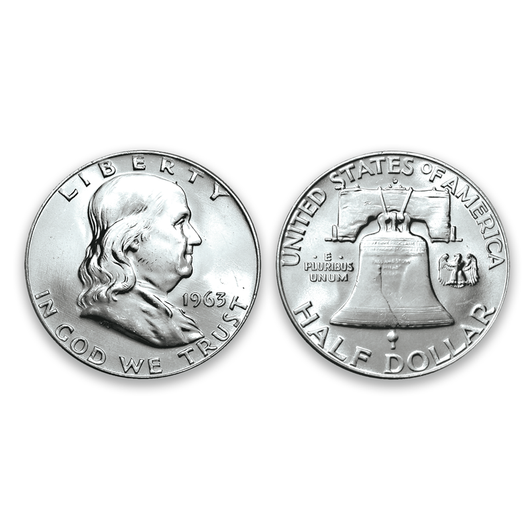 BU Franklin Half Dollar ... Dates and Mints Our Choice

Although often overlooked, the Franklin Half Dollar series is one chock full of historical significance.  It was the first United States coin to feature an actual person other than a President.  Although expected to be struck for at least 25 consecutive years, following the tragic death of President Kennedy the series was cut short in 1963 after just 16 years of minting.  And, it is the last circulating coin series struck entirely in .900 Pure Silver.  This abbreviated series length affected the mintage totals as well.  Consider by comparison, more Tennessee Quarters were minted in just 10 weeks than the entire 16 year mintage of Franklins!  Now we are making these coins available to our collectors in their original Brilliant Uncirculated condition.  We must limit you to 50 coins, so don’t delay.  Order Now!