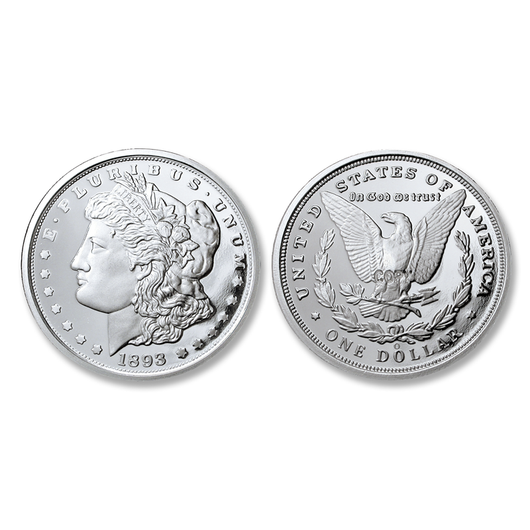 But the 1860’s brought secession and the Civil War. In January of 1861, the State of Louisiana took control of the New Orleans Mint; then, in April, The Confederate States of America assumed control.  Though coins were struck during that time, the mint ultimately fell victim to the ruin of war.  It was finally reopened in 1879, when it began striking Morgan Silver Dollars with the ‘O’ mint mark.  Minting of Morgans continued for 26 issues before ending forever in 1904.  Of those, the 1893 issue is one of the rarest, and has sold recently for over $250,000!

Now you can experience the beauty of one of the rarest 1893 ‘O’ mint Morgans with this privately minted, non-monetary tribute proof.  Clad in 71 mg of .999 Pure Silver, you’ll experience the magic of the 1893 ‘O’ Morgan at a MUCH more affordable price!