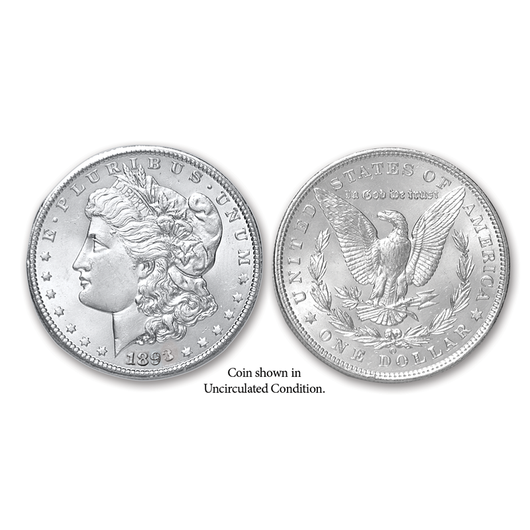 Now you can experience the beauty and collectability of ‘O’ mint Morgans with this 1893 coin in circulated condition.  Each comes encapsulated for protection with Certificate of Authenticity. Because this date is one of the rarer Morgans in the New Orleans series, we ask that you call us for specifics on current condition and availability.