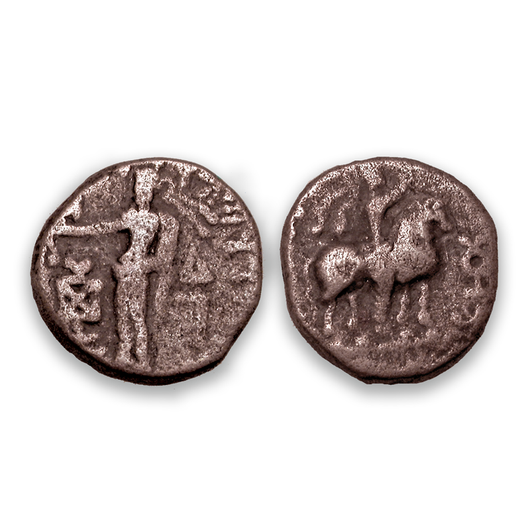 Gift of the Magi Coin

Did These Coins Pay for the Gift of the Magi?

The “Wise Men of the East” were described in the Bible as being guided by a prophesy and the Star of Bethlehem to find the baby Jesus.  Christian tradition has told us that there were three of them, known as the Magi, and named them Caspar, Melchior and Balthazar.  While Biblical Scholars have debated their identities for centuries, many believe that Caspar was the representative of “The Great King” Azes II of Bactria, sent to the Holy Land to pay homage to the newborn Jesus.  His travels would almost certainly have been financed by the bronze tetradrachms issued by Azes, who ruled the area between 35BC and 5AD.  Now you have the opportunity to add some of these genuine coins, all over 2000 years old to your collection!  Each handmade bronze coin is in good condition and comes with story card and Certificate of Authenticity.