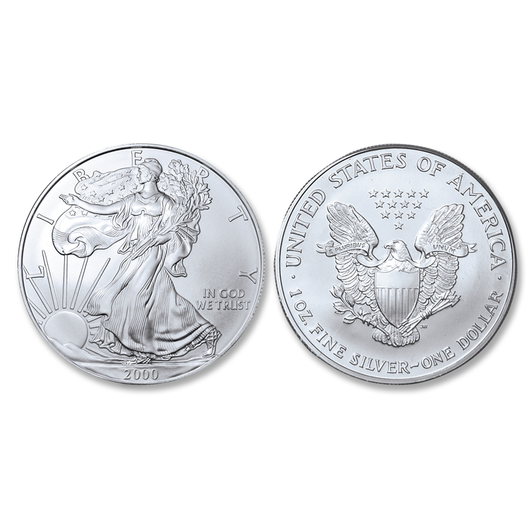 Celebrate the biggest, heaviest and purest Silver Dollars ever struck by the U.S. Gov’t.  – the magnificent Silver Eagles. With one full Troy ounce of .999 Pure Silver, the Silver Eagle was originally issued as an investment coin. But its intrinsic value and stunning beauty have made it one of the most beloved and collected U.S. coins, one which is becoming more desired by collectors.

These coins became among the most sought after ever when they were issued with the magical 2000 date - a new millennium! We recommend adding to your collection while they’re available at affordable prices.