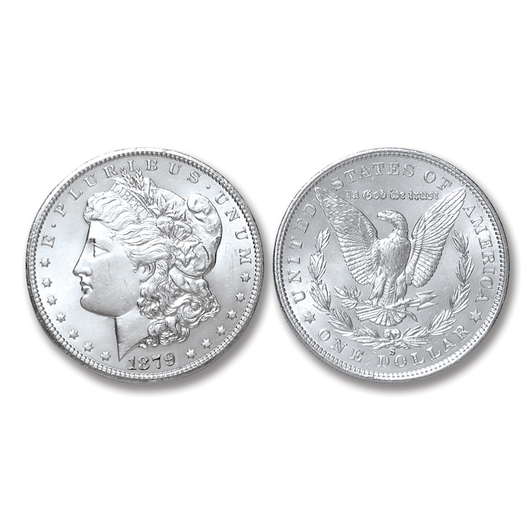 The Coin That Bought a Mint!

The Old Mint in San Francisco was built in 1874 on a concrete and granite foundation designed to thwart robbers from tunneling into its vaults. Because of its construction, it was one of the few buildings to survive the 1906 San Francisco earthquake. Good thing, because at the time of the earthquake, it housed $300 million in gold – one third of the country’s gold reserves! In 1937, a new modern mint was dedicated, and the old building was eventually designated a landmark. Then, in 2003, the city of San Francisco bought it for use as the Museum of the City of San Francisco. The price? One 1879-S Morgan Silver Dollar.  Now you can own a Brilliant Uncirculated 1879-S Morgan Silver Dollar, containing over ¾ ounce of pure silver, from the exact same mintage as the coin that bought a mint! Each coin guaranteed to display the same beauty and luster as it did 141 years ago.  An especially desirable specimen, it comes encapsulated for protection with Certificate of Authenticity.