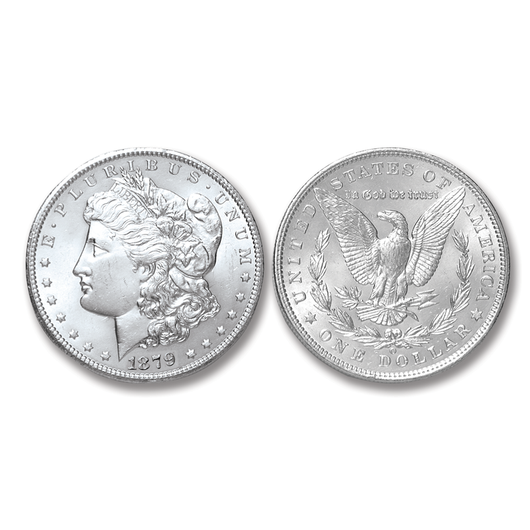 Now you can experience the beauty and collectability of ‘O’ mint Morgans with this 1879 first-year-of-issue coin in premium Brilliant Uncirculated condition.  An especially desirable specimen, it comes encapsulated for protection with Certificate of Authenticity.