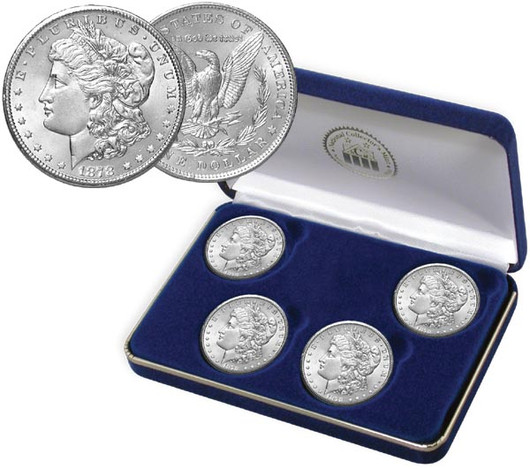 Did you know that the first minting year of Morgan Silver Dollars actually included four subtly different designs? It’s true! When the U.S. Government began minting the famous Morgan Silver Dollar in 1878, little did they know it would take them four attempts to arrive at a final design! For example, though a bald eagle has only seven tail feathers, the first Philadelphia Morgan Dollars were struck with eight tail feathers. You’ll thrill at this and three other varieties included in this Very Fine and better condition set. Can you find all the differences? If not, don’t worry, a detailed story card will help you spot the different designs.  Comes boxed for display with a Certificate of Authenticity. Some of these varieties are quite difficult to obtain, so order now!