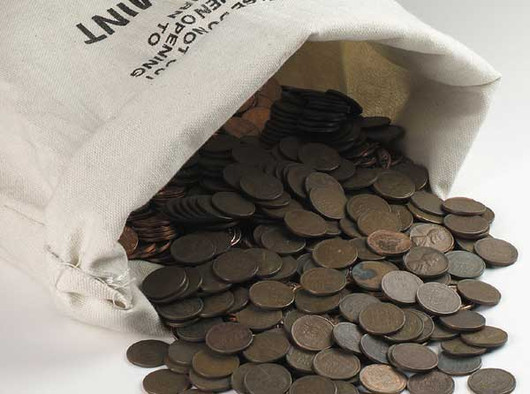 From 1909-1955, the United States Mint issued Lincoln “Wheaties” from the San Francisco Mint—and then stopped minting them for circulation from this mint. Many of the S-Mint Lincoln pennies were struck in far smaller quantities than their counterparts from the Denver and Philadelphia mints. Savvy collectors know that the strikes on the S-mint coins are often sharper and crisper than coins issued at other mints. Now you can obtain a mammoth collection of 100 circulated Lincoln pennies, dated 1909-1955 (our choice of dates), every one struck at the historic San Francisco Mint. This is a great way to obtain a large number of S-mint coins at a very reasonable price. It’s also a great gift for someone just starting to collect. Order now! U.S. Mint Bag not included.