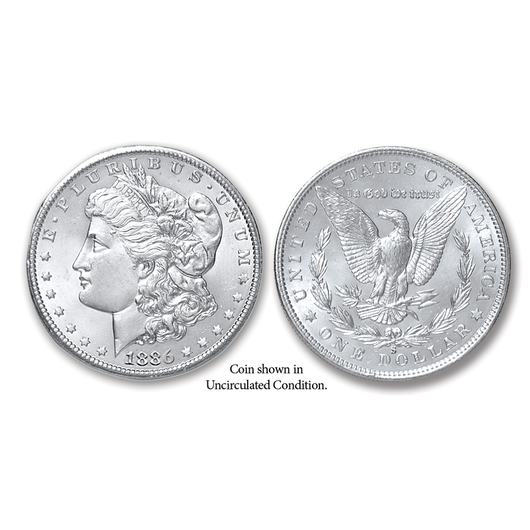 Now you can own your own magnificent ‘S’ mint Morgan with this 1886 coin in mostly VF to XF condition.  Because this is one of the scarcer, more difficult to find Morgans in the San Francisco series in brilliant uncirculated condition, there is considerable pressure from collectors for circulated specimens.  Don’t wait.  Order yours now!