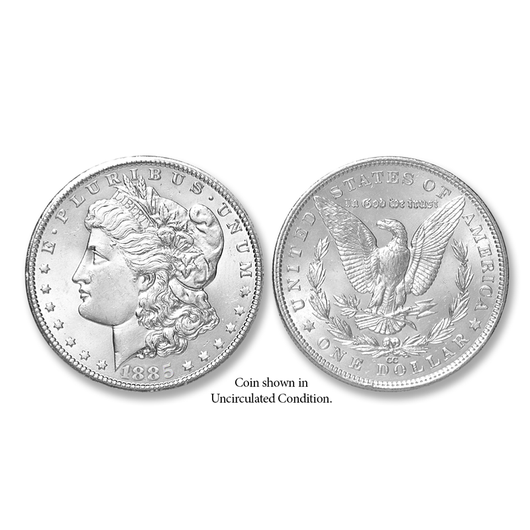 The silver strike called the Comstock Lode, the largest in U.S. history, gave birth to the Carson City Mint (‘CC’).  The Carson City Mint coined Morgans for only 13 years between 1878 and 1893, a paltry 2% of all Morgan Dollars minted.  This small population has made ‘CC’ Morgans the darlings of collectors.  And the 1885 date is very special – it’s the lowest mintage year for any ‘CC’ Morgan!

Now consider the fact that many Morgans were lost to the melting pot in the early 20th century, and you see why the surviving Carson City minted Morgans are considered the most rare and desirable of all Morgan mint marks.  These 1885 ‘CC’ Morgan Silver Dollars come encapsulated for protection with Certificate of Authenticity, most in VF to XF condition.