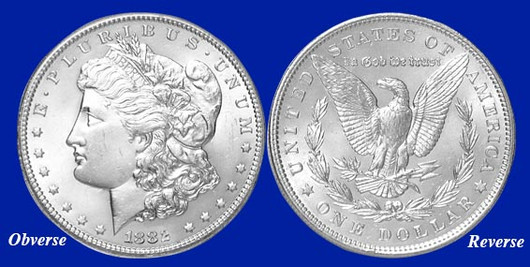 Today, coin enthusiasts seek out the Morgans created by the Philadelphia Mint for their historical importance as well as their beauty.  Of course, all Morgan silver dollars contain .77344 toz of Pure Silver, right up until the last Morgan was struck in 1921.

Now you can own your own historic Philadelphia Mint Morgan with this affordable 1882 coin in premium Brilliant Uncirculated condition.  Each comes encapsulated for protection with Certificate of Authenticity.